You can say that motherboard serves to be the bridge among all components of a computer like CPU, GPU, or hard drive. It provides a platform for all parts where they can meet and share their talks. Without this connection, none of the parts can interact and Discuss About know if the motherboard is bad and how to fix it.

And without interaction, your whole system which is running so smoothly without letting us know the inner thoughts would stop. Just like society, the value of connection and interaction in the society is as same in computers.

A computer is also like a society where everything is done on its time and its principles. Replacing a motherboard is not that easy and simple, with the continuous advancement in technology, this is difficult to find the one which is perfectly suitable for your model.

The minor change in any function, size and even location of expansion slots will give a terrible blow to your device. There will also be a number of other components that need to be changed.

So, it’s better to know if the motherboard is bad and how to fix it before replacing it.

In What Ways Can I Tell If My Motherboard Is Not Working Properly?

So here are the signs which give you the warning but unfortunately, we ignore them.

Signs Of The Bad Motherboard

It is important to know the signs and symptoms of an unwell motherboard so that you easily recognize the fault. Because as earlier they are recognized, the easier will be the recovery.

The most annoying and visible sign is freezing and hanging. This freezing is glitches are irritating. Your device running smoothly but suddenly everything on the screen stops moving and can’t do anything except for waiting, after some moment, it comes back to its situation.

This means you don’t know when will your computer suddenly stopovers.

It is important to remember that not every freeze is caused by a defective motherboard. You should worry when this freezing becomes frequent and lasts for a long time.

This is exactly the warning of a faulty motherboard. Otherwise, if the hanging is not frequent then you need to worry.

Although the motherboard is not that easily visible, the symptoms of a faulty motherboard can easily be seen. You can check if your motherboard is running well after turning off your computer.

If your motherboard has some problems then you find your transistors burnt and circuits turned chipped. Even superficial damages can become more serious by splintering and growing.

While the computer is running, major signs of damage can appear. A burning smell is one of the first signs of trouble.

If your motherboard is not doing well, it can affect your working skills. A faulty motherboard will not allow you to type fast. You observe that even when you finished typing the whole line, it still doesn’t appear on the screen.

The whole line seems to appear suddenly after a while. One symptom is that your programs start to run slow. The websites you want to load don’t show any appreciable performance.

This is the most direct way to recognize if your motherboard has some issues.

This particular problem is a bit unusual. It can begin with a flash drive not being able to be read. It may not recognize other plugins, like your computer mouse.

All of these may be related to the hardware in question. Those symptoms may also indicate a problem with the motherboard, the heart of the computer.

Sometimes we become habitual to some bad habits. And while doing them, we don’t even realize that it gives a bad effect on the motherboard. And obviously, the outcome is not good, as I mentioned above that motherboard is considered as the backbone of your computer, without it, your computer is nothing.

So, what about taking a look at the causes so that we can avoid them and save ourselves from any future problems by keeping the motherboard safe.

Computers do not like heating. Overheating may happen when we use the device for a long time. Avoid using the device for so long, take and also give a break to your device. They also need it!!

Sometimes we don’t even care about the fans. We use the device in a way that the fans are not able to give out the heat, which is very dangerous for the motherboard.

Well-maintained fans inside the computer are also vital to the computer’s lifespan, so we should let them do their work and let them contribute their part toward prolonging the device’s life.

Of course, the computer and its components are not immortal. They also decreased their progress when they become old. All parts have a particular death line.

The most common victim of this is cooling fans. Our attention is not focused on them, but they play a significant role. When they stop spinning and stop giving out heat, your device overheat. And overheating may lead to a faulty motherboard.

Overheating and dust go hand in hand. As dust accumulates on computers, they will become dirty. Electronics can attract dust because of their electrical charge. Natural insulators like dust. Your computer will not only get hotter but also suffer from electrical interference.

In this regard, we should keep our devices fully covered. We should not let anything attack its parts.

How To Fix a Faulty Motherboard

Open your motherboard and check if the following things are okay

These are the most common problems. If all these things are running well then maybe you have mistaken. Maybe your motherboard is okay, there is another problem. But that’s not enough. As I mentioned, these are most common not all. You probably have other issues with your motherboard but the rate of these scenarios is not that high.

How To Fix The Short Circuit

A motherboard consists of capacitors and soldered connections that send both data and power between the different parts.

A circuit short is possible. Check and make sure if the problem exists here. If yes, then know if the motherboard is bad and how to fix it if you’re confident about your skill in this field. If you are not then let this job be left to the professional. He can do this more efficiently.

If you can’t make any of the above things, then don’t push yourself. Consult a professional. Don’t try to do anything on your own as this is a sensitive part. Try to avoid repairing the motherboard especially if you don’t have a bulk knowledge or experience about it.

Even if you recognize that the capacitors are leaking. You can’t be able to fix them easily. Knowledge and experience are both needed for this. If you ever discovered that your motherboard can’t make any progress and it’s time to replace it.

This also proves to be a difficult job for you because you have to make sure that the replaced one is suitable or not. Again, if you are not sure about what you are doing, don’t try to do any experience on the motherboard. Just take it to the nearest shop and let them fix it.

Question: Is It Possible To Repair A Motherboard?

Answer: This all depends on what problem exists with your motherboard. If the issue is not that big like if there is a short circuit, then definitely it can be fixed. You can take charge of the process yourself, or enlist the help of professionals.

But in some cases, there is a need to replace it, this is also possible but it cost heavily. This means if you have a motherboard issue then don’t worry, it can be cured. If not, you can have a new one.

Question: How Much Does It Cost To Fix The Motherboard?

Answer: Motherboard Replacements – $150-300+. One of the most expensive components of a computer is the motherboard. A motherboard can cost anywhere from $25 to $200 or more. A standard laptop or desktop’s motherboard may cost $30-150, but a Mac or high-end computer may cost $200-600.

Question: Is It Worth The Expense Of Replacing A Motherboard?

Answer: It would be a waste of money to replace the motherboard until you upgrade the rest of your computer. You will need new DDR4 RAM after upgrading your CPU to a new chipset (LGA 1151).

Question: How Long Are Motherboards Expected To Last?

Answer: Motherboards can last between five and ten years if they are well cared for. Motherboards as old as 40 years have been reported! It has a greater chance of failing than failing to serve you, however, since your motherboard becomes obsolete before it finishes its “life”.

Question: Is Will Replacing A Motherboard Erase Memory?

Your knowledge about the importance of a motherboard has probably improved since I last spoke with you. If you don’t have a promising motherboard then it means you can’t do any promising work or you can’t make any progress.

If you have found out that there must be some problem with your motherboard then you should worry about it. We will do everything we can to correct the problem as soon as possible. If you have a warranty card and your warranty is currently available then it’s the best shot. Take your device to them and them fix it. If you don’t have a warranty then it is also okay. There are many shops even almost every computer or electronic store can do it, you can take help.

The process can also be done by yourself if you have the necessary knowledge and experience. It may be a bit hard and tricky but not that impossible. It’s definitely something you should do if you’re confident in yourself. You will save a lot of money this way.

To summarize, if your motherboard is malfunctioning, you must resolve the issue. Whether you can do it or not, it doesn’t matter but what matters most is to know if the motherboard is bad and how to fix it as soon as possible otherwise its future problems give a terrible blow to your work. 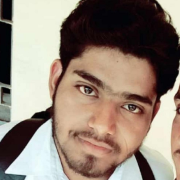 Muhammad Faisal is a crazy-good copywriter and SEO article writer. He connects businesses with their target audiences, and surges their Google rankings. His write-ups sell, and are exciting and easier to digest — even the hazy & dusky tech, too. How To Transfer Data From Windows To Mac? How To Charge Laptop Manually? Why does my laptop overheating when playing games? [2022] How To Turn On Bluetooth On Hp Laptop (Easy Guide)